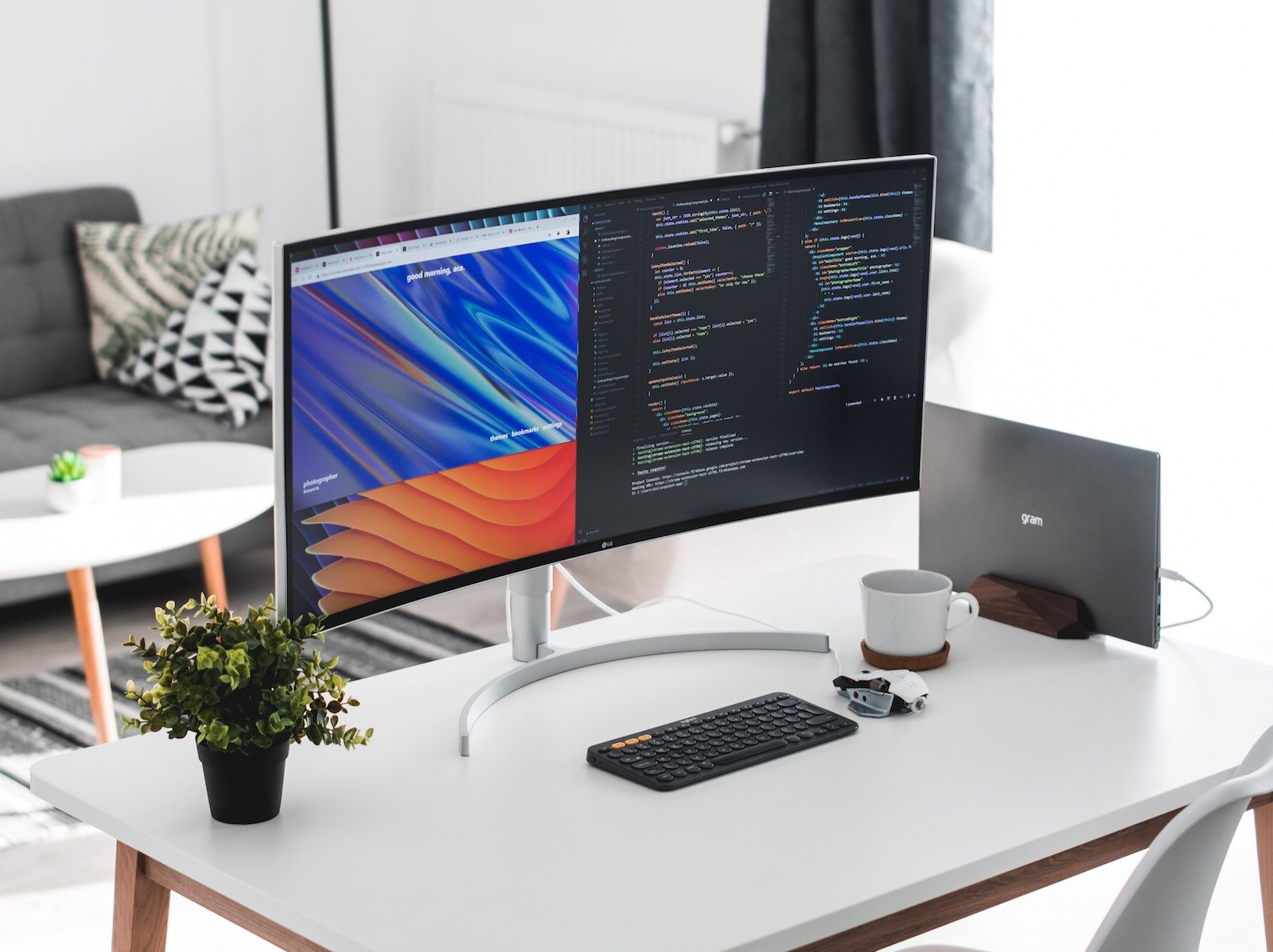 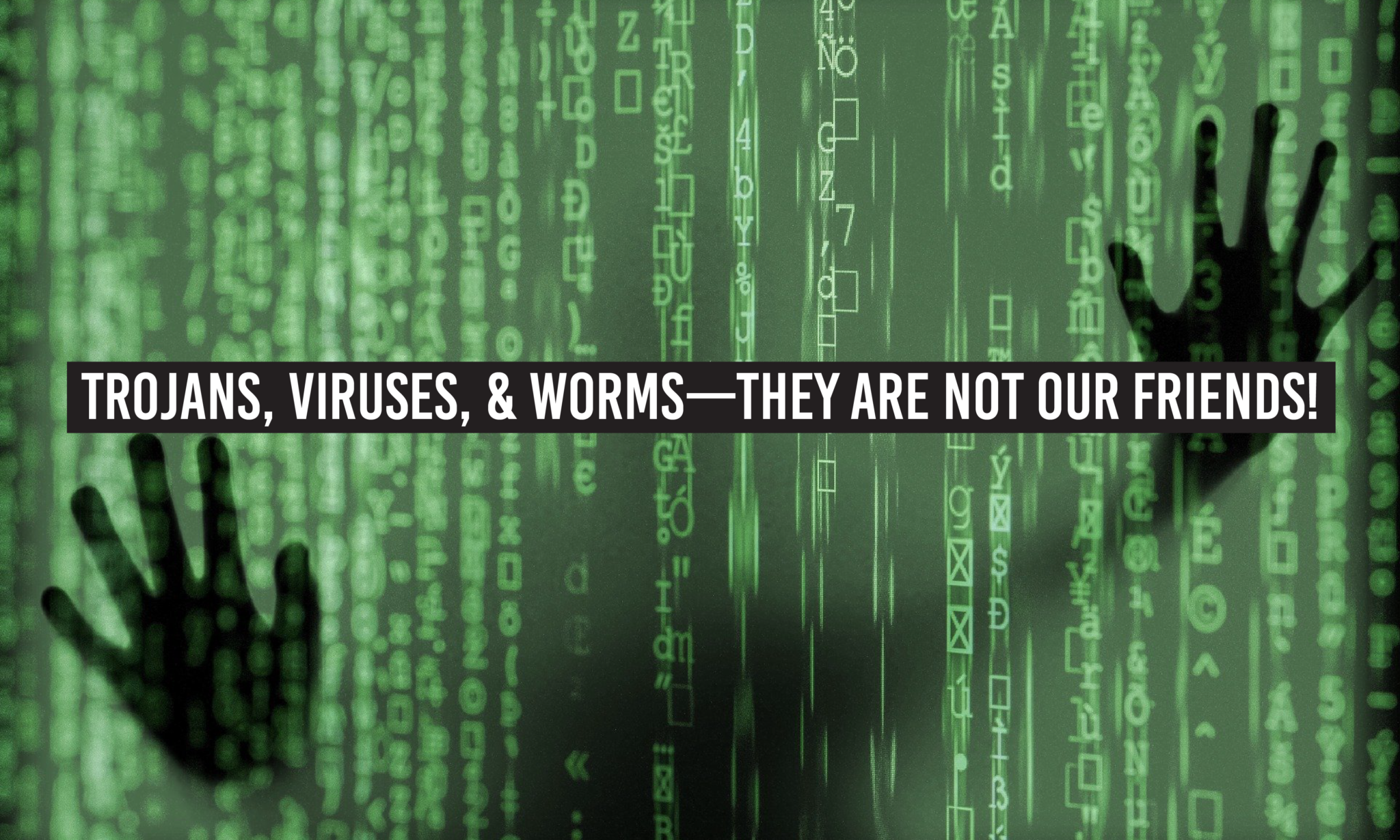 Trojans, Viruses, and Worms – They Are Not Our Friends!

Malware. The mere mention strikes fear in the heart of every business owner on the planet – and for good reason seeing that these malicious attacks, in the form of trojans, viruses and worms are pure and simply trouble with a capital T!

So, what exactly is malware? In short, it’s malicious code created by hackers so they can access networks, pilfer data and/or destroy information on computers, typically represented by viruses, worms and trojans.

Let’s take a look at viruses, first. This type of malware reproduces by inserting a copy of itself into and becoming part of another program. It can spread from one computer to another, leaving infections in its wake as it travels. Computer viruses can be merely annoying and fairly simple to “cure” but can also be severe and cause great damage to data or software. Nearly all viruses are attached to an executable file – in other words the virus might exist on a system but isn’t activated or spreadable until a user runs or opens the malicious host file or program. When the host is activated, so is the viral code.

Worms are similar to viruses since they also replicate and can cause comparable damage. But unlike viruses, which require spreading of an infected host file, worms are standalone software and don’t need a host program or user assist to run and infect. Worms spread by taking advantage of a weakness on its target computer system or by trickery to get users to execute them. Once in a system, the worm can travel.

And then there are trojans, a term derived from the ancient Greek story of the deceptive wooden Trojan Horse that led to the fall of the city of Troy. Trojans are damaging pieces of software that appear legitimate, so users are often tricked into loading and executing them on their systems. Once activated, a trojan can launch numerous attacks on its host, ranging from the irritating (like pop-up windows) to destructive, such as deleting files, stealing data or activating and spreading viruses.

Trojans are also notorious for creating backdoors to allow cybercriminals access to a system. But unlike viruses and worms, trojans don’t propagate either by infecting other files or reproducing themselves. They are spread through human error – when a user opens an email attachment or downloads and runs a file from the Internet.

Since small businesses often allow employees to use their own personal computers – particularly now when so many are working from home – the probability of a malware attack increases. Having hefty technological defenses in place is a priority.

We’re here to help! Email us at info@pulsetechnology.com. 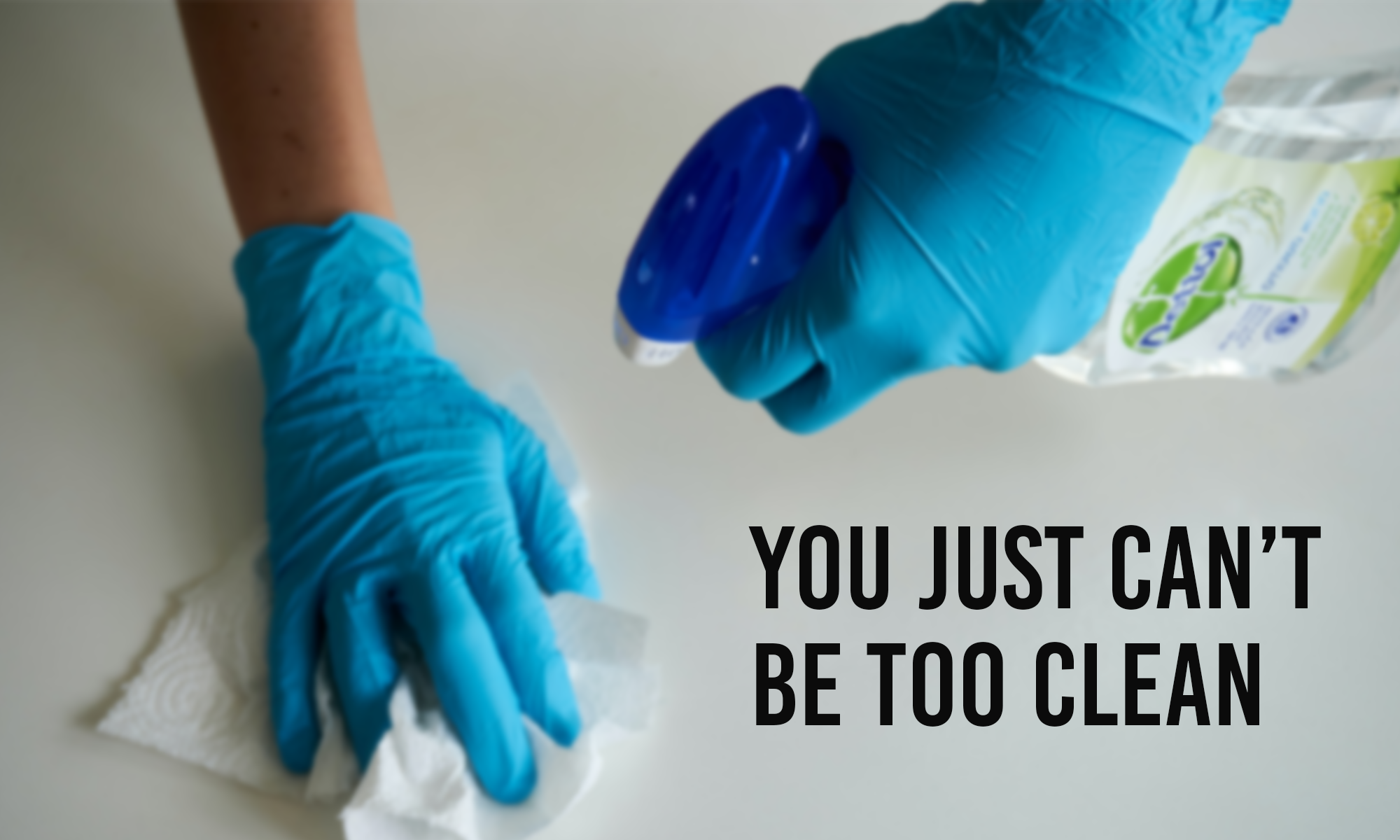 You Just Can’t Be Too Clean 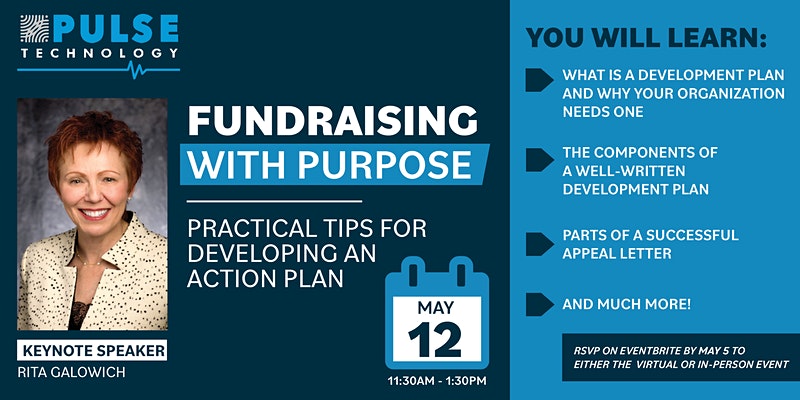 Fundraising with Purpose: Practical Tips for Developing an Action Plan

We’ve been named one of the Best Places to Work in Illinois!